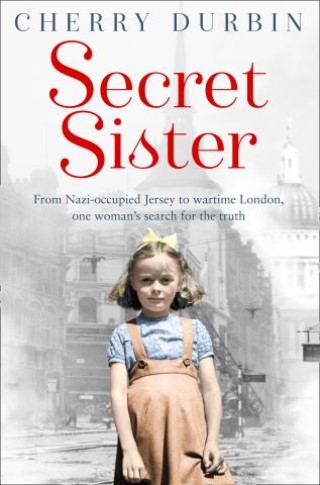 The true story of a woman who uncovered the dramatic stories of her mother and sisters with the help of the award-winning television programme, Long Lost Family.Adopted at a young age, Cherry Durbin had spent over twenty years searching for traces of her natural mother with no success. She had given up until one day, watching the drama unfold on the television programme, Long Lost Family, her daughter suggested that maybe this was the only way she would ever find her mother.What she didn’t expect to uncover was a story of a pregnant mother fleeing Nazi-invaded Jersey, a sister left behind to survive the deprivations of the German-controlled island and a family torn apart in a time when war left so many alone. Cherry’s story, pieced together by a team of researchers, would bring her unimaginable sadness and joy, and answers where she had given up.

Cherry Durbin: Cherry Durbin grew up knowing she had been adopted at birth. When she reached adulthood, she made the choice to search for her biological mother. Cherry discovered that she also had an older sister, someone she had never met, who was left behind on Jersey when their mother escaped the island on the eve of the Nazi occupation. The astounding journey of her uncovering her past was featured in the award-winning television programme Long Lost Family.